My Past is a Foreign Country by Zeba Talkhani | Review 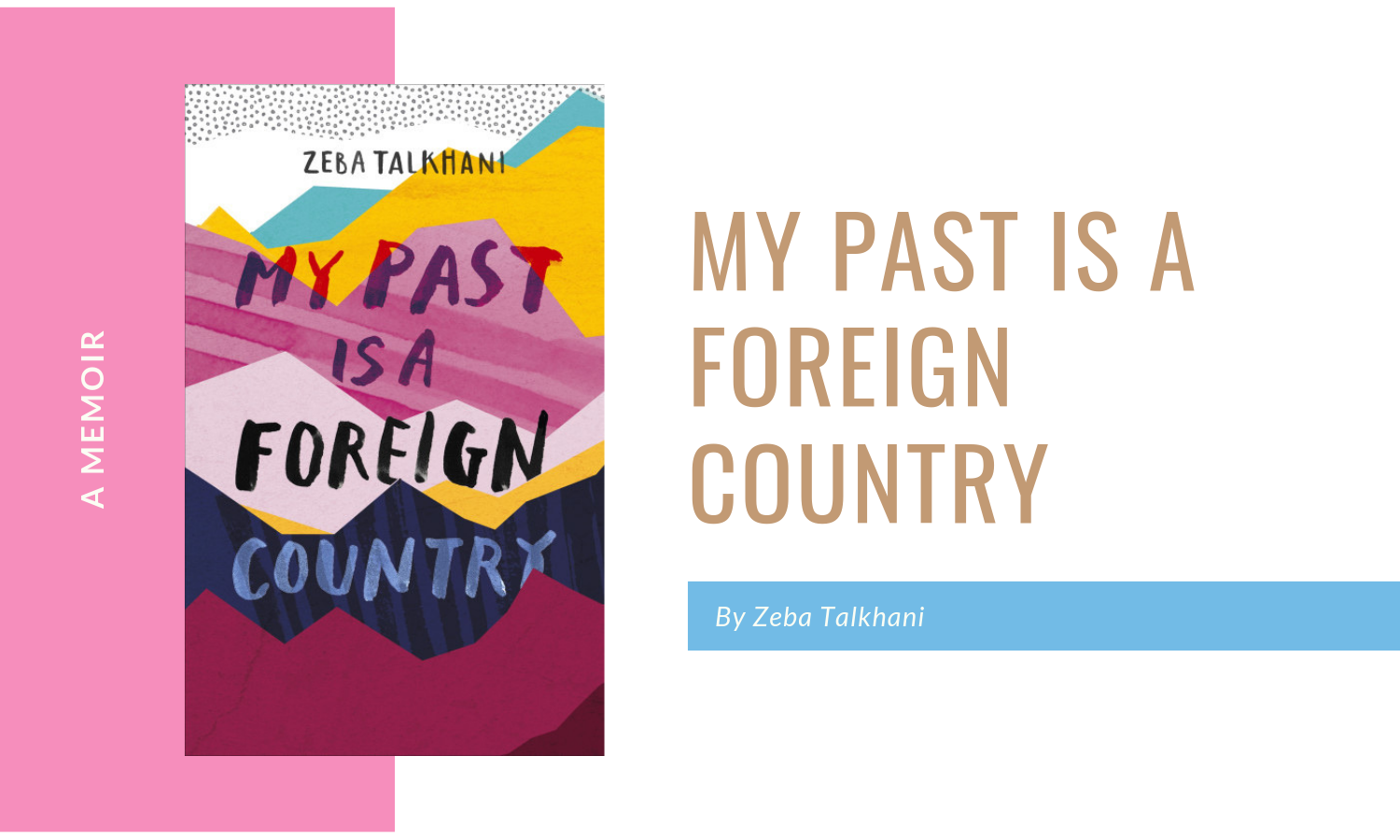 To all my previous readers, who find this post surprising – I am planning to write more on different interests and hobbies on my blog. From skin care to random rants to books I’m loving (#TCJReads) – expect to get to know me better and more than just my hair here on out!

To those who want to know whether they should buy this book out, check out my review below!

My Past is a Foreign Country Book Review

I have had the privilege of growing up unencumbered by many things this book writes about – religious and familial expectations, restricted mobility and fear of what society might say.

Having a Hindu father and a Christian mother who were keen to not force either of their those religions on us exposed me to both faiths without an impassioned lens.

I was lucky to be raised by parents who read widely and had a cosmopolitan view regarding raising daughters. Even though my mother is a staunch Christian, we were never forced to go to church.

On top of that, living and growing up in safe spaces like my naval colony, un-bothered by what I’m wearing and how it’s perceived, has given my sister and I, both, the freedom to explore ourselves and make our own choices–a luxury many brown women, especially conservative Muslim, Christian and Hindu women, do not have.

I took this for granted as I grew up and while that view point was challenged in college as I learned about my country and the state of women’s rights, it took this book to truly make me understand how Islam’s generally accepted interpretation can make growing up as a Muslim woman feel so challenging.

In such an environment, to find who you are and what you want must have been three times more difficult, when each step for yourself is a fight against your family and your peers if you do not accept their pre-made, socially acceptable decision for you.

Reading this book has been eye opening that way.

My past Is a Foreign Country is a memoir by Zeba Talkhani whose blog (now deleted) was introduced to me by a friend a few years ago. I fell in love with the way she wrote but soon lost touch.

I’d heard some talk of Nasty Women on the side-lines, an anthology of bad-ass, unapologetic ladies sharing their stories, but didn’t end up reading it. (I will now correct that!)

Recently, I saw her talking about her new book on her Instagram and my curiosity grew. I also wanted to read her writing again which was no longer available on her blog.

Am I glad I bought the book!

This memoir is an intimate journal of her growing up in Jeddah, Saudi Arabia– a country with strict male guardianship and censorship laws, moving to India to study alone without her parents, finding a voice of her own without giving in to the pressure from her community, to studying abroad in Germany and then finding a job and eventually settling in the UK.

Though her time in Jeddah makes up fond memories for her, for someone growing up without restrictions, this sounds incredibly claustrophobic.

Up until now I had refrained from thinking too much of women in Saudi Arabia because it made me feel helpless and uncomfortable, this book made me realise I that I avoid acknowledging what they go through.

The book talks about the condition of many Muslim women in patriarchal set-ups, growing up and being reprimanded for questioning that set-up, the structure of beauty within the community, an intimate portrayal of dealing with hair loss and how all of it boils down to marriageability, but most importantly, trying to find her own definition of feminism while still being faithful to Islam.

Can you be a Muslim feminist?

Before reading this book, I wasn’t sure.

Zeba’s bravery in each step she took for herself without succumbing to religious and societal pressures is inspiring. Her writing about it is so simple and honest it deserves your attention

Zeba also talks about looking about texts and stories chronicling difficult mother-daughter relationships and that was something I could relate to as well. There needs to be more discussions about this in the world.

She has questioned her mom and dad’s failings (if you could call it that) and how she eventually understood and made peace with them with grace and love.

It also acknowledges the obstacles & peer pressure they must have gone through themselves for letting Zeba study outside India, supporting her regardless and encouraging her to become an independent professional.

The book is peppered with quotes that made me think, stopped me in my tracks and has made me curious about it is perhaps genuinely possible to have a relationship with a religion in your own way without guilt or fear.

It introduced me to the concept of intersectional feminism – how race, class, gender and ethnicity all overlap and should be studied together.

I would highly recommend you check My Past is a Foreign Country out!

Especially because we are currently living in a space where Islamophobia is rampant and this book raises this important point- you can question something you are a part of without renouncing it. You can ‘learn to love and critique something at the same time.’

If you have read it, do let me know what you think by commenting below!

I’m ending this with a few of my favourite lines from the book.

Both my parents and my teachers asserted that men and women are considered equal in the eyes of Allah. This went against my lived experiences and I challenged it often.

Papa once told me that according to Islam, a woman will be 500 years away from heaven each time a ghayr mahram (unrelated) man touches her. ‘How many years away will the man be from heaven for touching her?’ I asked.

While I yearned for a carefree childhood and unconditional love, Mama needed me to be in touch with the reality of being a young woman in my community.

Nobody’s beauty has served them beyond their marriage.

I was only just embarking on my feminist journey and I was keen to marry Islam with it.

And if your faith excludes one gender’s happiness and freedom, is it a faith worth fighting for?

My religion is above the culture I had grown up in.

But by choosing to conform, my friend had to give up the possibility of non-conformity entirely. Because how else is one supposed to make peace with the ‘choices’ being forced on them other than by pretending that there are no choices at all?

despite the love that can exist between partners, navigating the patriarchal set-up will always be a lonely venture for women.

I think of the patriarchy as a building, shaped like a house but, in fact, a prison. It’s old and its design is not working for half the people who inhabit it. It’s rigid and too strong to be clawed out of. And when you show signs of resistance, you are crushed by those who are imprisoned with you.

I stopped seeking approval from people who enjoyed withholding it.

Buy My Past is a Foreign Country 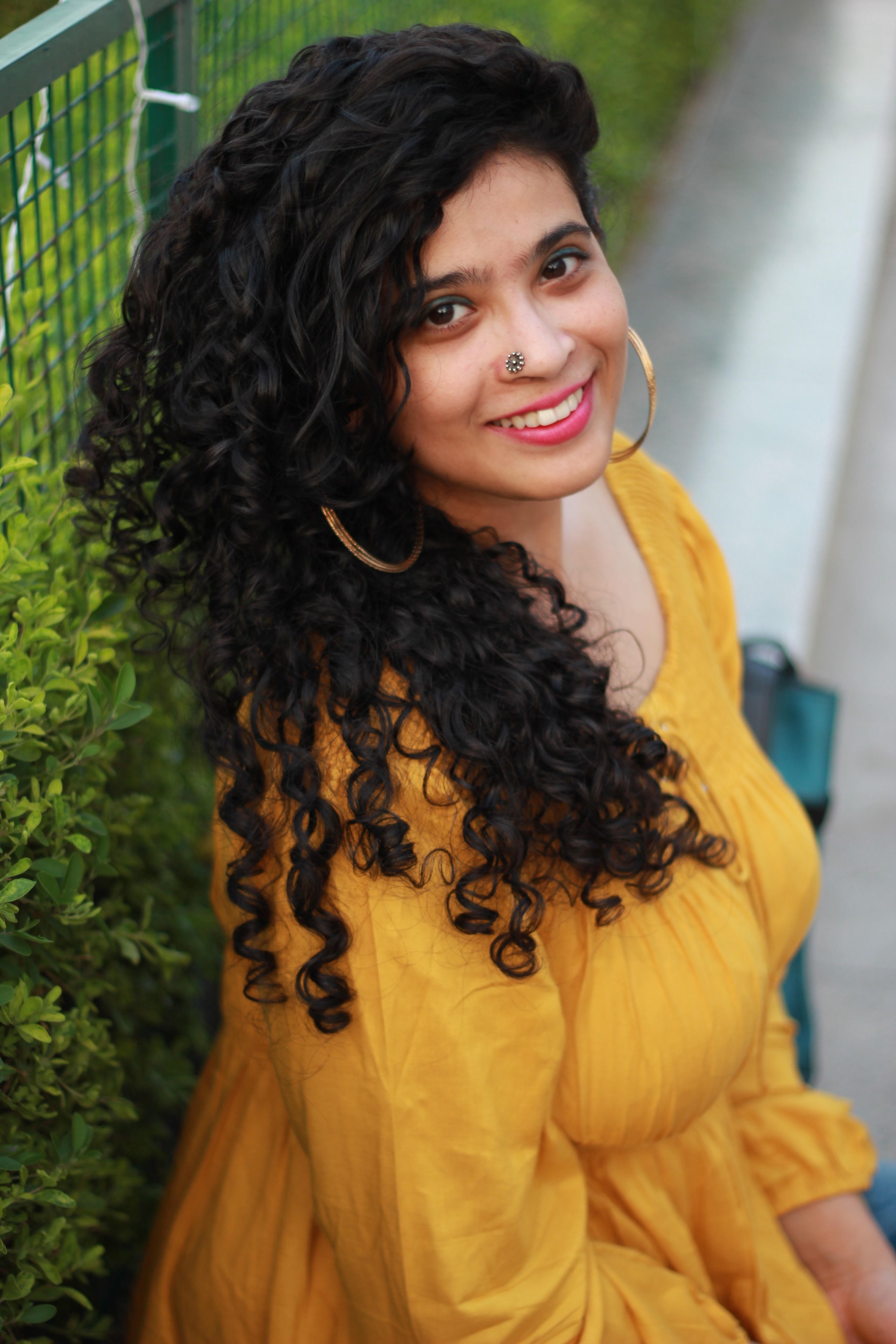 FINALLY felt a little better from my 🤧 to wash

Ya girl got featured in @elleindia mag Jan issue a

This is from almost two months ago when it was sti